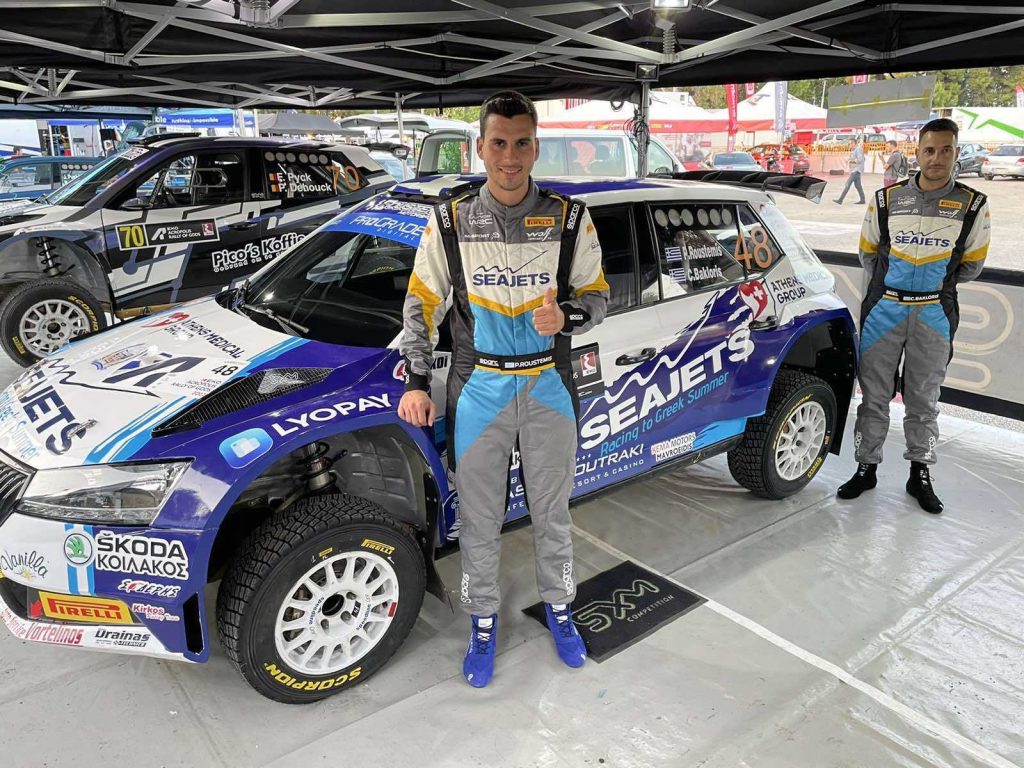 This year’s EKO Rally Acropolis 2022 was successfully completed with the participation of 16 teams. Of course, a great ally of the Greek missions were the sponsors who supported this effort, like LYOPAY.

All 16 entries of the EKO Rally Acropolis 2022 deserve congratulations for their performances. Regardless of the final ranking of the 2 Greek entries in the WRC, the 2nd day did not develop as the driver Panagiotis Roustemis and co-driver Christos Bakloris of ŠKODA Koilakos had hoped.

Knowing the difficulties faced by the Greek missions, we can only stand with admiration and applause, separately, next to each Greek participant.

With the support of ŠKODA Koilakos, with Panagiotis Roustemis – Christos Bakloris, the driving duo made their first appearance in the race with the ŠKODA Fabia Rally2 EVO with No.48. Their goal was to win the best position in the WRC2 class.

The EKO Rally Acropolis 2022 returned for the 2nd consecutive year to the World Rally Championship, on September 8 to 11, 2022.

The premiere of the “Rally of the Gods” took place on a special asphalt track of 1950 meters in OAKA, from where all the cars passed in pairs to compete on the specially designed track.

On the same day, the drivers and their racing cars left for Loutraki, where the start of the 16 special routes of the race took place.

Unfortunately, on the 2nd day of the Rally Acropolis 2022, there was a bad exit for the Roustemis – Bakloris team, due to a lack of visibility due to the dust on a special prohibitive and dangerous route with the prevailing conditions, which put the Greek participation out of the race.

Unfortunately on the second day of the Rally Acropolis we had a bad exit due to lack of visibility due to the dust in a special prohibitive and dangerous with the prevailing conditions where you could not see at 10 meters. Thankfully, it did not take part on the night as the organization wanted at the beginning..!!! We are fine with minor injuries! That’s why we cannot continue the race!
Thank you all for the support and the many messages of admiration!